Pancreas is an organ which is located behind stomach. Pancreas produces a hormone called insulin that is produced by beta cells (islets) of pancreas.

Insulin maintains the proper balance of glucose level in the blood by transporting glucose from blood into the body cells and thus removing the excess glucose from the blood.

Glucose is essential to our health and considered as brain’s main source of fuel.

Our body receives glucose from two main sources that includes (i) food we eat and (ii) liver also makes glucose.

The food most we eat is broken down into glucose as a result of the digestion of food. The digested food is absorbed in the blood from the intestine to be supplied to all parts of the body. Our body uses glucose to produce energy, which is used by all cells of the body.

Most Pakistani eat high proportion of carbohydrates in their meals, which results in high levels of glucose.

As the glucose level rises (after eating), insulin secretion also increases in healthy persons automatically. The glucose travels through blood to be supplied to all cells of the body. Insulin acts as the key, unlocking the receptors on the cells to allow the glucose to enter the cells and thus removing the excess glucose from blood. The cells then use the glucose from the blood to produce energy. Therefore, for glucose, to enter in the cells insulin must be available.

The liver cells convert excess glucose into glycogen (reserve form of glucose) that is stored in liver. When glucose level drops (between meals), these glycogen stores convert back to glucose and released into the blood to maintain the normal level of glucose in blood. Insulin again helps in transporting this converted glucose to enter inside the cells.

Diabetes develops when either no insulin or not enough insulin is produced. It can also develop when the produced insulin is not functioning properly. As a result, the glucose level in the blood increases and remains high.

There are three main types of Diabetes

It’s a chronic condition in which pancreas produces no insulin. In the absence of insulin, the glucose level in the blood remains high that can seriously affect other body organs. Type 1 diabetes patients require life-long injections of insulin and healthy diet to maintain normal level of glucose in the blood.

It is also called as juvenile or early-onset diabetes because it develops in children and young adults usually before the age of 30 or 40 years often in teenage.

Type 1 diabetes is relatively rare as it is about 5-10 % of all types of diabetes.

Once developed, it is also a life-long illness but can be manage by proper diet, increasing physical activity and taking regular medications.

In this condition, pancreas does not produce enough insulin or the body loses the capability to properly utilize the produced insulin (insulin resistance). Often patients do not experience obvious symptoms although their blood glucose level is high.

It occurs when the blood sugar level is higher than normal range but not as higher to be diagnosed as diabetes. By adopting healthy dieting habits and active life-style, patients can prevent or delay the onset of type 2 diabetes.

What is insulin Resistance?

It is possible that pancreas is producing enough insulin but due to several conditions the insulin is not effective to transport the glucose from the blood into the cells. This disorder is referred as insulin resistance.

All types of diabetes have similar symptoms that include 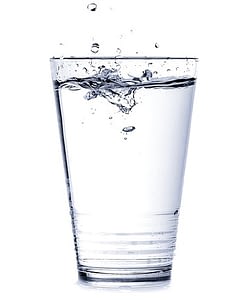 Due to the shortage or improper utilization of insulin, enough glucose is not dragged into the cells – leading to lack of energy for body cells 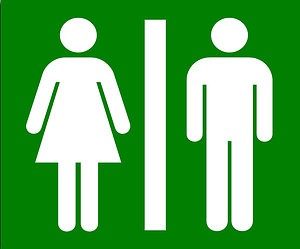 As glucose metabolism is non-functional, body fats in the muscles are utilized to produce energy

When blood glucose level is too high, fluid is pulled back from muscles including the lens of the eye – thus causing blurred vision

In this condition, the glucose level in the blood remains higher than normal.  It occurs as a result of diabetes.  As in diabetes, pancreas is unable to produce any, or enough insulin and thus incapable to remove glucose from the blood.

It can also be caused due to consumption of food or beverages containing simple sugars which can absorb in the blood rapidly e.g. sweets, ice creams

Hypoglycaemia is a condition in which blood glucose level blood drops too low. It may be because the insulin in the blood transports too much glucose from the blood into the cells. However, mostly it occurs when higher dose of insulin is injected/ administered. It may also occur if a meal is missed or after heavy exercise or physical exertion.

Symptoms of Hypoglycemia include

In most cases, the condition can be controlled by eating meal or sugary food. In rare occasions, injections may be required to control the condition.

Type I diabetes develops when the immune system of the body destroys the cells of pancreas (beta cells), which are responsible to produce insulin. The symptoms are not noticeable until about 80% of the beta cells are destroyed.

The exact cause of this is unknown, however genetic, environmental or viral infections that may trigger the immune system to attack the beta cells. Type 1 diabetes runs in families, people who have someone in family like parents, brother or sister with Type 1 diabetes, they should also get themselves tested frequently if experience the symptoms.

Type 2 diabetes usually occurs in patients who are obese, having inactive life-style and family history of diabetes are major risk factors

It is very important to diagnose diabetes at early stage to initiate the treatment as early as possible to prevent the harmful effects of the disease on other body organs.

Diagnosis is dependent on laboratory examination of urine and blood samples.

Normally urine does not contain glucose, however in case of diabetes some glucose is excreted through urine. Presence of glucose in urine indicates the possibility of diabetes. Urine is also tested for ketones, which are excreted in case of Type 1 Diabetes.

GTT is considered more accurate to diagnose diabetes. In this test, blood samples are collected to determine the body’s response to glucose.

This test measures the level of glucose level in the blood over the past 120 days. An HbA1c reading of 6.5% or above is suggestive of diabetes

In this test, a drop of blood from a finger prick is placed on the glucose strip and the equipment (glucometer) shows the reading on the display. This is primarily suitable for monitoring the glucose level at home. Results from this method are not always very reliable, and thus venous blood samples should be tested periodically in the laboratory for accurate assessment.

Diagnosis of diabetes can be made using the results of the above tests.

Normal level of glucose in blood

Unfortunately, there is no cure for diabetes discovered as of yet.

However, the disease can be adequately managed by adopting healthy dieting habits, regular moderate physical activity and taking medication as prescribed.  The treatment objective is to maintain the blood glucose level close to the normal blood glucose level.

Many Type 1 patients delay insulin treatment because in the beginning they do not accept that they have only one treatment option available.  Those patients want to try other treatments options (herbal, homeopathy and home remedies).  Delaying insulin therapy in Type 1 patients can seriously impact other body organs due to consistent high glucose level in blood.

Type 2 diabetes is initially treated with life style and diet modifications.  Oral tablets are prescribed when blood glucose levels are not appropriately controlled.  Metformin is most often prescribed. There are many other effective medications available.  Many Type 2 patients also require insulin at later stage in their life.

Insulin is now available in many different preparations. Insulin preparations can be categorized as long-acting, medium acting and short acting, depending on the period they last in the body.  Insulin does not come in tablet form and patient is either need to inject with a fine needle or use an insulin pen.  Patients are required to strictly follow the advice of their doctor regarding which insulin preparation is suitable for their condition.

In addition to insulin therapy, treatment also includes the following

Diabetes patients have increased risk of multiple forms of cardiovascular disease. In fact, the rate of death due to heart disease is up to four times higher in patients who also have diabetes. 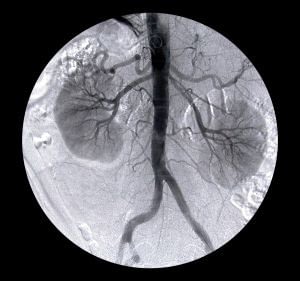 The delicate filtering system of the kidneys can get damaged due to high blood sugar levels. Chronic uncontrolled diabetes can completely damage kidneys causing kidney failure.

Many diabetics notice that they have a burning pain in their toes or fingers and this is due to neuropathy. This is most common when blood sugar levels are not well controlled.

Uncontrolled diabetes can cause damage to the retina blood vessels and this can lead to serious issues, including blindness. Diabetics also have a greater risk of developing glaucoma and cataracts.

Diabetes can be adequately managed by adopting healthy dieting habits, regular moderate physical activity and taking medication as prescribed.  The treatment objective is to maintain the blood glucose level close to the normal blood glucose level. 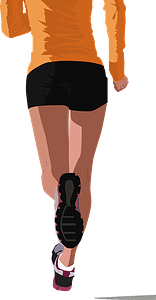 Things like a healthy, well-balanced diet and regular exercise help to keep blood sugar level stabilized. The doctor will provide a schedule to test the blood sugar at home so that patient can keep a good eye on the blood sugar numbers.

Patient should take the medications on time at all times to help control the blood sugar levels.

We use cookies to ensure that we give you the best experience on our website. If you continue to use this site we will assume that you are happy with it.AcceptCancel